I've been quiet lately, but it's for good reason. I'm swamped with work! Now that I've settled into my new apartment and have my studio space back in working order, I'm churning away at some pretty fun projects. Most are still secret for the moment, but I'll share them here when the NDA's are lifted. It's going to be a very busy couple of weeks for me.

One interesting commission is for an 84" x 60" abstract painting to dominate one wall of a brand new restaurant. A canvas that size will about fill my entire work space, but it should be lots of fun! They want something along the lines of the whacky characters and settings I've done for a local wine and music festival: 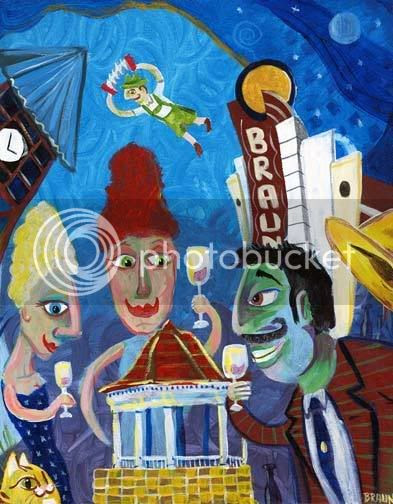 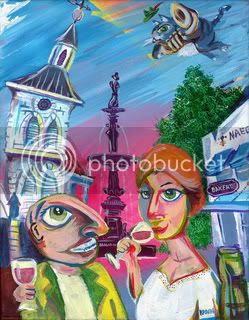 In further news, I've been invited to be a special guest at the inaugural North Texas RPG Convention, June 5-7. It was really great of the guys to invite me up to Dallas, and Jess and I are really looking forward to it!

Finally, I'm in the home stretch of the Mr. Sasquatch 2009 competition. Beard photos are due April 1, so I only have a week left to push my face follicles to the MAX! I'll post here again when voting opens. I won in 2008, so I'm trying to defend my title. Here's a recent in-progress shot: 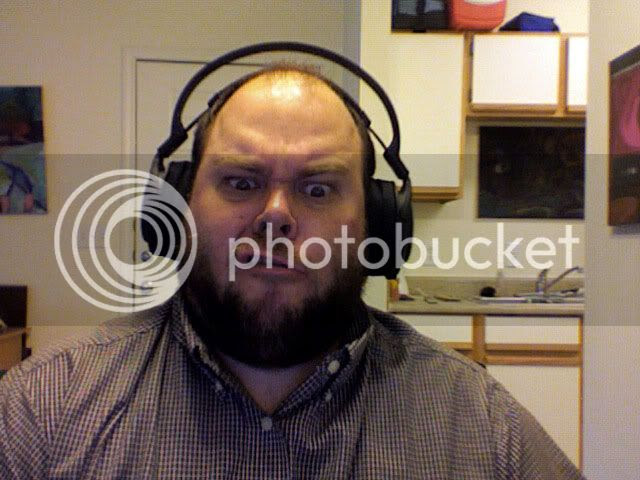 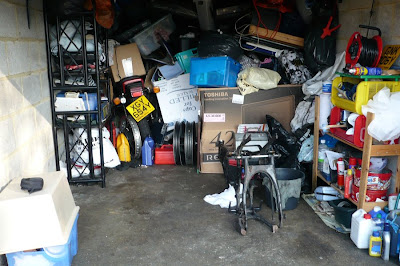 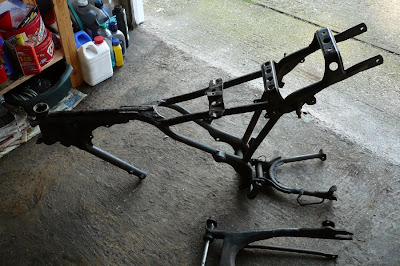 I started the ardous task of clearing out my garage yesterday.
It has been used as a bulk storage area for the past few years.
I uncovered my old Honda CB250rs motorcycle today, it had
been buried beneath boxes and bags at the back of the garage
since 2007.It was still running when I stored it away, but the
m.o.t & tax were up on it. It also had developed a rather annoying
oil leak from the drive sprocket engine seal. That job requires a
complete engine and gearbox strip to fix properly. *sigh*.I had
meant to restore the 28 year old little thumper, but had two
other bikes already on the road so really did not need it at the
time.I know the CB is a basic & old little thing, but I had fallen
for its charms years ago. They really are a great little bike,
hit 85 on a good day, handle like a dream and definately ooze
character (and oil).Anyhoo I scrapped the original registration
so need a new frame, V5 and reg. I secured one in Feburary
for £50 complete with year's m.o.t. Yesterday I degreased
the replacement frame and swingarm, in preparation
for painting tomorrow. Today had me clearing out my garage,
and uncovering my old donor bike. The fun starts tomorrow. 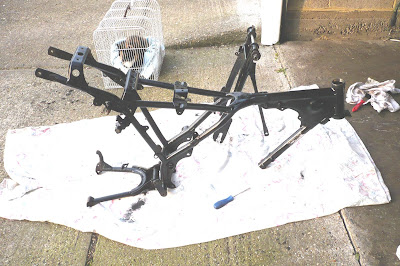 Degreased, sanded and painted the frame & swinging arm yesterday.
Fully stripped my donor bike, minus the engine. I could not remove the
siezed rear engine mounting bolt. (I have three skinned knuckles to
proove it). That's a moot point however, as I'm using another spare
engine I have. Little F**king Miffway lent assistance! (well sat in her
cage looking bemused, probably stoned on paint fumes?) I also took
the time to start cleaning up all the various fastners and components.
I have two other lock-ups that are crammed with bike bits, so it will
take a few days rooting to obtain the very best parts to use on this build.
I must have over three CB250rs's in bits at this stage. When the m.o.t's
and tax were up, and they needed a major stripdown, I just took them apart
for spares. Two years ago I had one "RS" that the frame around the footpegs
collapsed from corrosion.I bought it cheap for parts, but the owner lightly
tarted it up with a brush to conceal the rust. I'm using the motor from that
particular bike in this build.
Hopefully it will look like this when completed! 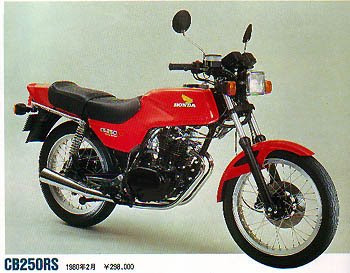 I'm currently about a third of the way through my build.
My time this past week has been taken up with sanding,
cleaning, degreasing and polishing. Monotonous stuff.
Today I located all the extra components I require for the
rebuild. I also cleaned and sanded the engine, and gave it
a first coat of engine lacquer. Tomorrow I should make
considerably more progress.(hopefully) 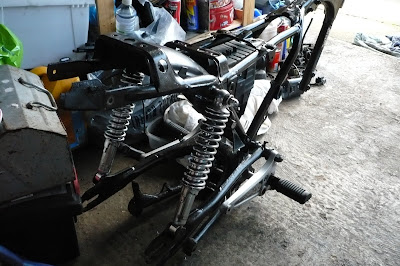 These two following images are from last Tursday and Friday.Thursday seemed to be the most productive day, as I assembled all the major components onto the waiting frame.The engine, front end,forks and wheels were installed. Friday had me installing the carb, cables, brakes, drive chain,electrics etc. Then I had a weekend break and got stuck in again on Monday.I finished the wiring and reinstalled the exhaust and another battery.The afternoon had me finally fire the old girl up after a three year hiatus in my garage.She started at the second push (I jump started it on the nice hill outside my garage).The old fuel was still fine,as I had the petrol tank full to the brim to avoid any evapouration. 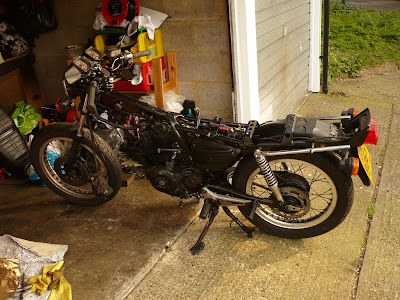 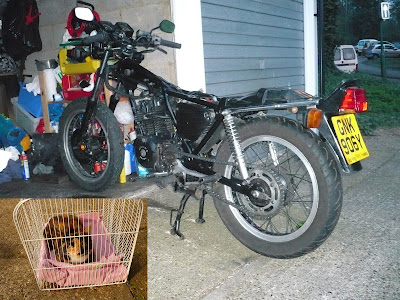 So Tuesday had me just going over everything,safety checks and then a 30 mile round trip blast (which is not entirely recommended on a brand new frame up rebuild, in case anything goes wrong) but she behaved perfectly.So a completed bike rebuild in a week worked out just fine I'm happy to say. And importantly it has turned put to be the cheapest rebuild I have even accomplished (about £85 all told, including the frame, V5 and M.O.T cert for £50).I still have some polishing work to do, some paint touch ups and I'm also planning to re-spray her in a month or so.I have a few spare body kits lurking about. One is a rather fetching metallic blue and black colour.But the replacement V5 lists the prior bike as being red, so I just rolled with that colour scheme.(I had the red body work lying around too)That motor is really torquey and sweet. A trip to Rykas cafe in box hill is on the cards this weekend.......they do the nicest burgers in the South West, and as many of you guys already know, its a popular bikers meeting spot. 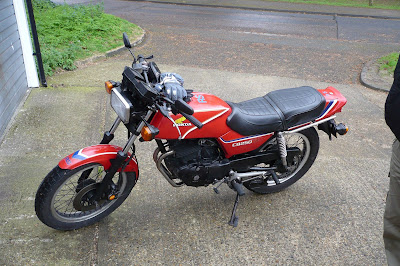 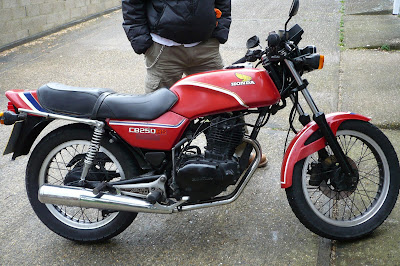