It's been forever since I posted, so I thought I'd drop a couple of things up here. A recent goal has been to carve out as much free time to paint as possible, and it's finally beginning to show dividends.

Up first, an Egyptian Mau Cat that's being donated to an auction benefitting the San Antonio Feral Cat Coalition. I'm not ashamed of the soft spot I've got for our feline friends. Meow! 8x10, acrylic on canvas. 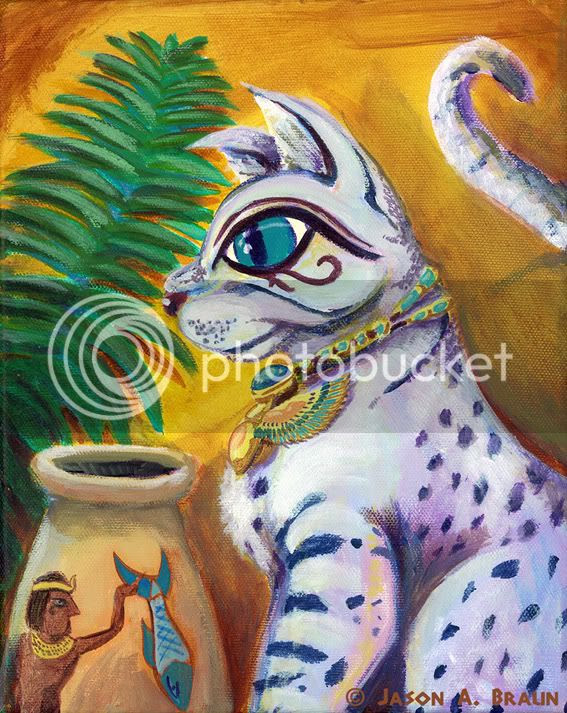 Next, here's a work in progress that I like to call "Chanticleer at the Joust". This piece started life as a quick figure painting that I belted out to test some varnish before attempting to apply said varnish to a larger, commissioned piece. Better to ruin a test canvas, right? Turns out that I hated the varnish, so I'm glad I tested!

I sat down and started making random shapes to cover up the figure and the varnish. Then it was sort of a Rorschach test... what did I see in the shapes? 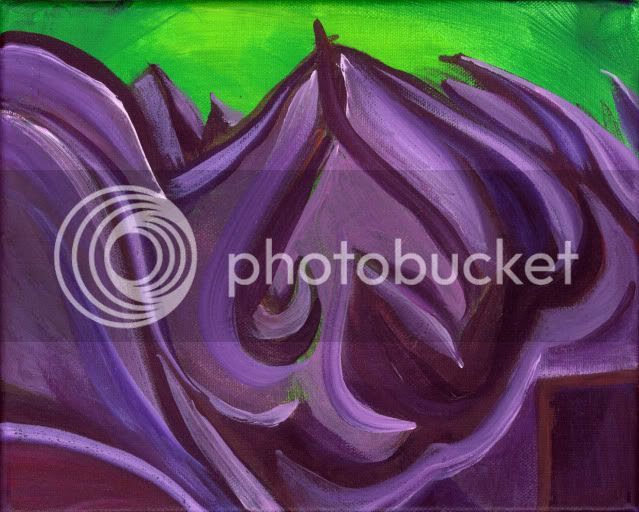 I turned it around and around and thought of a few ideas, but it was a co-worker who said "It looks like a rooster in knight's armor". So, I decided to push it in that direction. The runner up was a purple alien landscape. I may yet explore that idea digitally since I have a nice scan of the purple stage.

A rooster in knight's armor: 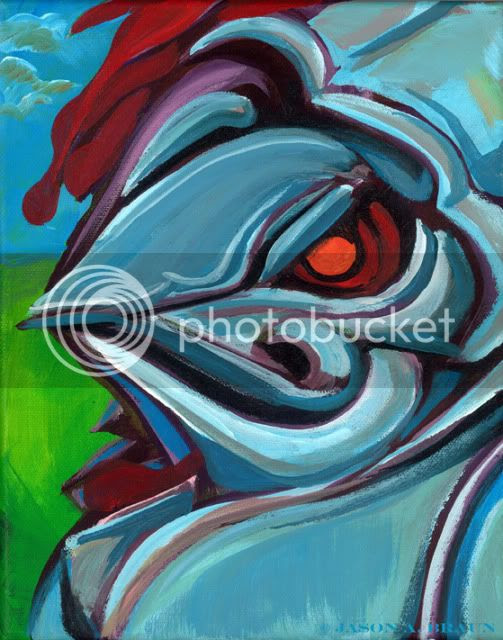 A little more brush time and I think we'll have a wrap! Thanks for reading.